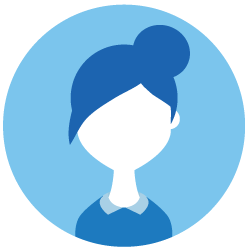 Would you ever consider buying a home that's a dome? The trend for round residential properties never really took off in the United States, but one particular issue might finally spark more interest from home buyers. That's the increasing occurrence and severity of hurricanes and other storms; dome homes are better able to withstand these weather events than traditional structures are.

The shape of a dome allows it to hold up against high winds from tornadoes and hurricanes. These structures also are resilient during earthquakes.

This is especially the case with structures built of concrete. In addition, if you choose one where the concrete top functions as the roof, your home would not experience roof damage that is common with shingled roofs during high winds.

The curved structure of domes allows for more even airflow. Domes also have less surface area on the exterior than square or rectangular homes do. During cold weather, the wind doesn't beat directly against a flat surface as it does in a traditional structure. Instead, it tends to flow around the building.

If you buy one of these houses, you may not be able to sell it as readily as you would a more traditional structure -- at least not at the moment. It's most suitable if you plan to live there for a long time and resale is not a big concern.

Geodesic domes are constructed of many components to create a nearly spherical shape, but they have numerous seams. Concrete domes do not; they are made of concrete applied over an inflated fabric mesh. Geodesic structures are not quite as strong, but they are still energy efficient.

Many of the so-called dome homes you may find for sale aren't truly domes in the pure sense of the term. They're modified structures that might include a dome and a more traditional rectangular attachment, or they consist mainly of a dome but have some flat wall space.

You may not run across a true dome home for sale for a while, since there aren't a lot of them yet. One day in the future, if you're shopping for real estate and you see dome homes in the listings, consider the possibility of viewing one with an agent and the advantages of owning one.